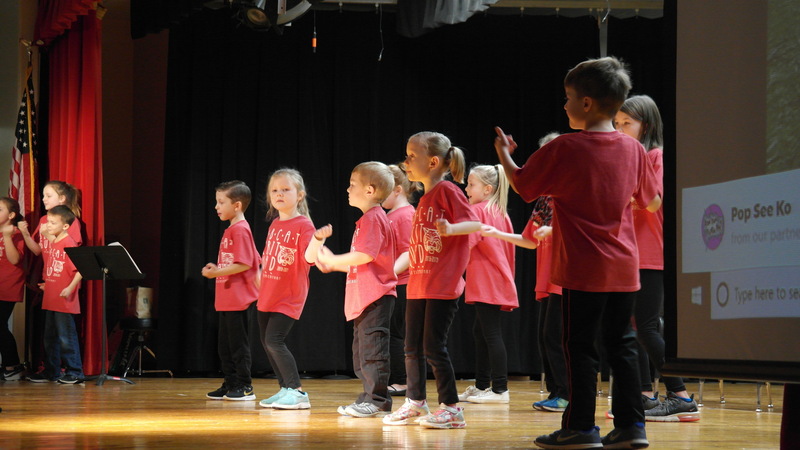 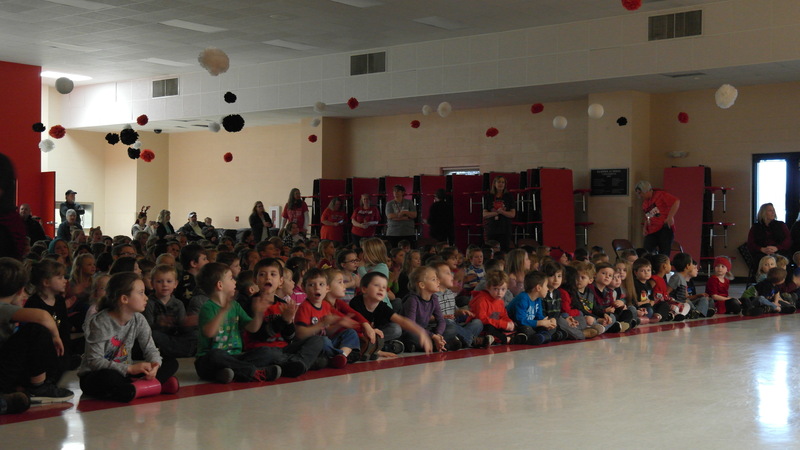 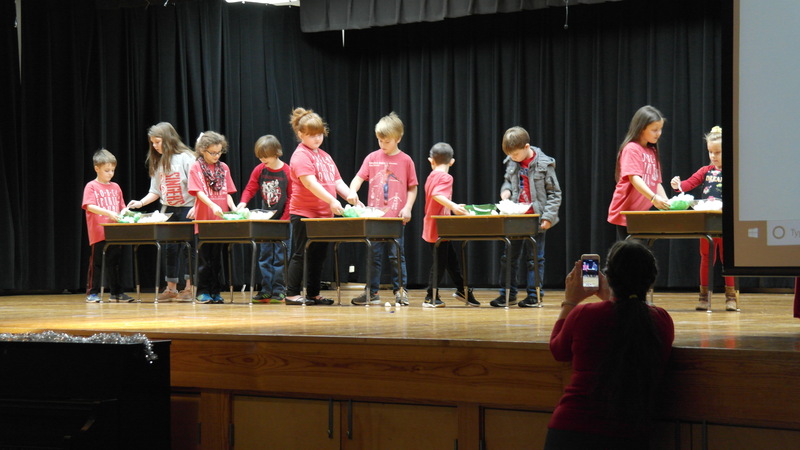 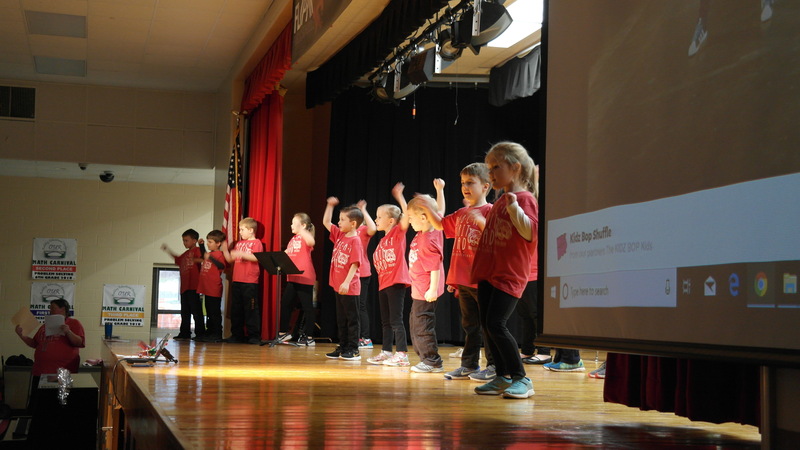 “Go Bobcats, Go!” the Bobcat Spirit Squad chanted as the elementary students and teachers scuttled into the cafeteria. Each grade clapping and cheering “Go Bobcats!” as they kicked off the first ever Success Assembly.

Spirit Squad is a new way to show our school spirit in our Elementary this year, but what is it? “It is a group of leaders in our school” said Mrs. Dixon and Mrs. Wehmeyer. Spirit Squad consists of leaders who make smart choices in and out of school.Students participating in this are in grades K-4. They are also brave and willing to get up in front of the school. “It’s about encouraging people” said first grader, Bennett Sumpter. In this squad there are: speakers, game helpers/leaders, dancers, and cheerleaders. Together these students put on a success assembly.

The first success assembly was held on December 14th, 2018. These Success Assemblies happen twice yearly, one per semester. At this assembly there was multiple speaking parts, games, dances, and cheers all prepared for in the bi-weekly practices the squad had leading up to the event. These students have left every practice smiling and excited for the Success Assembly. First grader, Chloe Randall’s favorite part of Spirit Squad is “getting on stage and dancing.” The two sponsors of Spirit Squad, Mrs Wehmeyer and Mrs Dixon, their favorite part is all of it. “It’s so fun, and we love seeing the pride in their faces”, said Mrs Wehmeyer and Mrs Dixon. “We are so proud of them, we love seeing them take over and having fun while doing it.“

One of the best parts of the assembly was Snowball Shovel, which was a huge hit amongst the students. Snowball Shovel is a minute to win it game where you have to shovel as many cotton balls into a tub with a spoon and you have one minute. Another great part of it was when the Spirit Squad got the elementary to participate in dancing the Pop See Ko and the Kidz Bop Shuffle.

Each student in spirit squad had to attend every practice and be there on time, and picked up on time to demonstrate responsibility and their enthusiasm for the special opportunity they are apart of. At the practice, each group would rehearse their parts, go through the script, and get ready for the big day. However one of the biggest parts of the event that could not be fully prepared for was the spirit stick competition. The crowd erupted when the Kindergarten class won the spirit stick. With dancing, presenting awards, singing the Elementary theme song, and cheering on our fellow bobcats, the school spirit in the Elementary has greatly increased. All of the parents and teachers who attended each said that they enjoyed the assembly and everyone loved our new Bobcat Spirit Squad. I believe we can say that this first Success Assembly was indeed a success.