Fill out our 20-21 Parent Survey here. Follow along with our 20-21 Ready For Learning plans here. 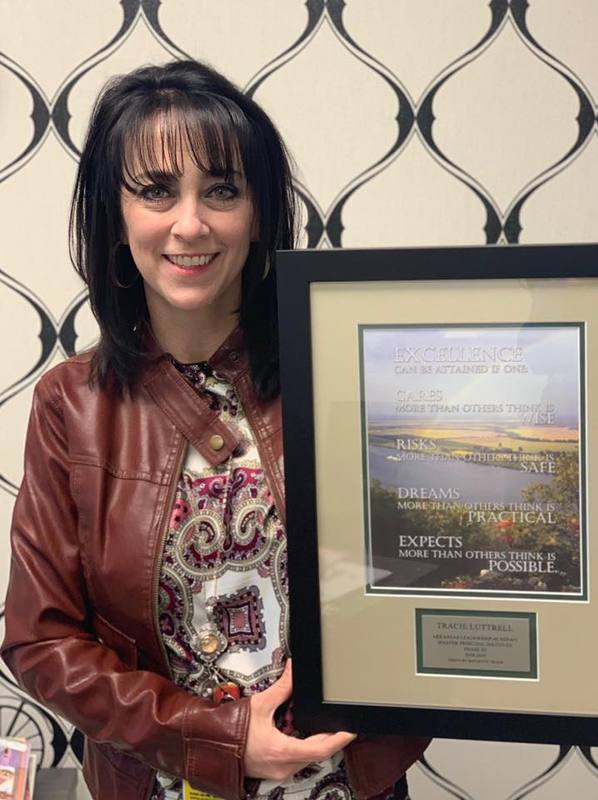 Hello!  I am Tracie Luttrell and I have been the Flippin Elementary Principal for seven years.  I have, however, ALWAYS been a BOBCAT!  I attended Flippin Schools from Headstart until I graduated from Flippin High School in 1991.  I then went to college and earned my BSE in Education and MAT in Teaching from the University of Arkansas (Fayetteville) in 1997 and 1998, respectively.  Upon obtaining those degrees, I returned to Flippin Schools as quickly as possible where I was hired as the High School business teacher in 1998 and remained in that position for 6 years.  After that time, I went to the middle school where I taught keyboarding and career orientation for five years.  I then moved into the middle school/high school EAST facilitator position for three years while I worked on my Master’s degree in Administration which I obtained from Arkansas State University (Jonesboro) in 2012. I have been the elementary principal since the beginning of the 2012-2013 school year where I LOVE every “little” BOBCAT that comes through our little school.

On a personal note, I am married to David Luttrell who teaches in the Mountain Home school district. I have two sons.  Sawyer is working on his Nursing degree after having finished four years in the United States Marine Corps and Dawson attends Flippin Middle School.  I am privileged and honored to be a part of Flippin School District and though we may be little we C.A.R.E. BIG!